W (formerly Watch) is a British general entertainment channel broadcasting in the United Kingdom and Ireland, as part of the UKTV network. The channel launched on 7 October 2008 on satellite through Sky, Virgin Media, Smallworld Cable, BT TV, TalkTalk TV, and TVPlayer (When subscribed to TVPlayer Plus). On 15 February 2016, the channel was rebranded as W.

The channel launched on 7 October 2008 as the new flagship channel for the UKTV network of channels. The channel would feature general entertainment programmes, primarily from the programme archive of the BBC, who own a 50% share of the network through the corporation’s commercial arm BBC Worldwide. The channel featured flagship programmes from the BBC, such as Torchwood, general entertainment programmes from the corporation and international variations to popular current British programming, such as Dancing with the Stars (US version of popular BBC programme Strictly Come Dancing) and the various American editions of Wipeout, which is titled as Total Wipeout USA to avert confusion with the same-named British programme. The channel also featured programmes displaced following the repositioning of other UKTV channels, such as the move of all non-crime drama to the channel following Alibi’s launch, and programming already shown on other UKTV channels in greater numbers, such as Traffic Cops. The Watch Channel Controller is currently Paul Moreton. 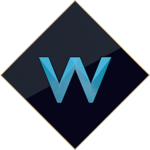