Talking Pictures TV (TPTV) is a British free-to-air vintage film nostalgia television channel. It launched on 26 May 2015; 2 years ago, on Sky Television platform channel 343. The channel was founded by Sarah Cronin-Stanley, and is run by her with assistance from her father, former producer Noel Cronin, and her husband Neill.[citation needed] It is on air for 24 hours a day, and specialises in British films, both classics and B-movies, from the early days of cinema through to the early 1990s (although it has also shown the 2001 film Arthur’s Dyke). During the twilight hours, the schedule often changes to American drive-in movies or straight-to-video oddities. A wide range of movies from different genres are shown; including horror, comedy, drama, and thriller films. In addition to films, in-house productions are sometimes shown, as are items from the Cronins’ own back catalogue, including Noel’s Dandelion Distribution, as well as series from the Southern TV franchise archive, and early American shows such as the original Burke’s Law and Honey West.

The channel was initially only available via digital satellite on the Sky platform in the United Kingdom. Since 15 September 2015, it has also been available on Freeview channel 81. It became available on Freesat channel 306 in February 2016, and on Virgin Media on 1 June 2017. On Freeview it was initially broadcast only in standard definition (SDTV) on HD multiplex and could only be received by Freeview HD equipment.From 30 November 2017 it became available on any TV capable of receiving Freeview. Since 2 January 2017 it has also been available in the afternoon (12:00–18:00) on Freeview Channel 7 in five selected areas (Cambridge, Lancashire, Manchester, Oxfordshire, Solent). 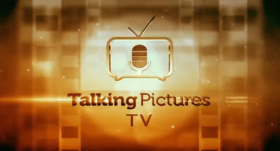