RT (formerly Russia Today) is a Russian international television network funded by the Russian government. It operates cable and satellite television channels directed to audiences outside of Russia, as well as providing Internet content in various languages, including English, Spanish and Russian.

RT International, based in Moscow, presents around-the-clock news bulletins, documentaries, talk shows, debates, sports news, and cultural programmes that it says provide “a Russian viewpoint on major global events”. RT operates as a multilingual service with conventional channels in three languages: the original English-language channel was launched in 2005, the Arabic-language channel in 2007, and the Spanish-language channel in 2009. RT America (since 2010), and RT UK (since 2014) offer some locally based content for those countries. It was announced that in December 2017, a French-language channel will be launched.

RT is a brand of “TV-Novosti”, an “autonomous non-profit organization”, founded by the Russian news agency, RIA Novosti, on 6 April 2005. During the economic crisis in December 2008, the Russian Government, headed by Prime Minister Vladimir Putin, included ANO “TV-Novosti” on its list of core organizations of strategic importance of Russia.

RT has been frequently described as a propaganda outlet for the Russian government and its foreign policy. RT has also been accused of spreading disinformation by news reporters, including some former RT reporters. The United Kingdom media regulator, Ofcom, has repeatedly found RT to have breached rules on impartiality and of broadcasting “materially misleading” content. On 13 November 2017, RT America officially registered as a “foreign agent” with the United States Department of Justice under the Foreign Agents Registration Act. Under the act, RT will be required to disclose financial information. 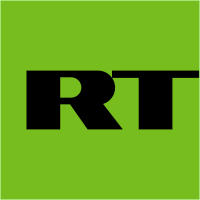