Now That’s What I Call Music!

Now That’s What I Call Music! (1983–present) (often shortened to Now!) is a series of various artists compilation albums released in the United Kingdom and Ireland by Sony Music and Universal Music Universal/Sony Music). Spinoff series were later introduced in South Africa (1984) and many other countries worldwide, including the United States in 1998, and expanding into Asia in 1995, very similar to the Totally Hits series. 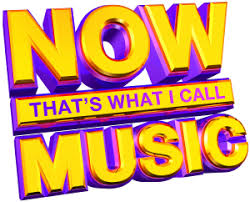