The channel is owned by ESTV, which won the Local Digital Television Programme Service (L-DTPS) auction from Ofcom in February 2013. ESTV is owned by Lebedev Holdings.

The channel broadcasts on the CoMux-operated London local DTT multiplex, radiated on UHF channel 29 from the Crystal Palace transmitting station, and is also available via satellite and cable TV to viewers with London postcodes.

Test broadcasts for London Live began at the start of March 2014 with the broadcast of a short looped promotional film featuring clips from the channel’s programming.

London Live broadcasts from studios at Northcliffe House in Kensington, which is also the headquarters of The Independent and London Evening Standard newspapers, both owned by Lebedev Holdings. Before the launch, the channel was expected to spend between £15m, possibly £18m before the break-even was reached in about three years. Revenue was predicted by then to hit the £25m mark.

Inside Claridges, Stella Street, Best Of the Tube, A Fine Romance and No Bass like Home 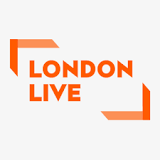