ITV2, is a 24-hour, free-to-air entertainment television channel in the United Kingdom, Isle of Man and the Channel Islands owned by ITV Digital Channels Ltd, a division of ITV plc. It was launched on 7 December 1998 and is available digitally via satellite, cable, IPTV and terrestrial (Freeview) platforms. For a number of years, it had the largest audience share after the five analogue terrestrial stations, a claim now held by its sister service ITV3 both of which are freely available to a majority of households.

The channel is known for American programming such as Gossip Girl and The Vampire Diaries; repeats of recently aired episodes of soap operas and other entertainment programming from ITV such as Coronation Street and Emmerdale; spin-off shows such as I’m a Celebrity: Extra Camp and Britain’s Got More Talent, and original programming such as Celebrity Juice, Love Island and The Only Way Is Essex (now on ITVBe). 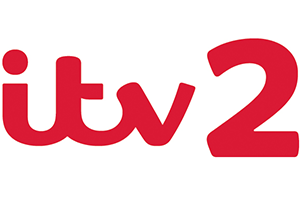