Irish TV was an Irish television channel. It launched on 1 May 2014 as a channel containing Irish content targeted at Irish people at home and abroad as part of the global Irish diaspora. The channel originally ran as part of Showcase on Freesat channel 163 and Sky channel 191.

On 6 October 2014, Showcase was renamed Irish TV on the Freesat and Sky platform. It is also available on Freesat 163, Sky 191 and www.irishtv.ie www.irishtv.com.

In December 2016, the High Court in Ireland asked for the company to be wound up following a period of liquation.

On 21 December 2016, Irish TV confirmed the station’s closure. It had offices across Ireland and in the US and UK. It was headquartered in Mayo, Ireland.

On 2 February 2017, The Irish Post acquired Irish TV, saving the channel from closure. 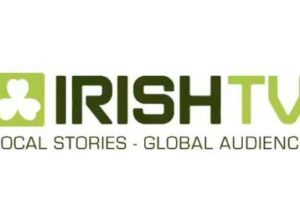