Good Food is a British lifestyle channel broadcasting in the United Kingdom and Ireland as part of the UKTV network of channels. The channel originally launched on 5 November 2001 and relaunched in its current format on 22 June 2009. Good Food is available on satellite through Sky, on cable services, primarily through Virgin Media, and through IPTV with TalkTalk TV, BT TV. It is available through TVPlayer (When subscribed to TVPlayer Plus). From 1 December 2015 to 26 December 2015, Good Food was temporarily rebranded as Christmas Food; the campaign resumed from 26 November 2016 to 26 December 2016. It will return on 26 November 2017. 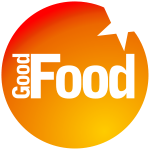