Eden is a British digital television channel broadcasting factual content in the United Kingdom and Ireland as part of the UKTV network of channels. The channel originally launched on 8 March 2004 and relaunched in its current format on 27 January 2009. The channel is available on Sky, Virgin Media, Smallworld Cable, TalkTalk Plus TV, BT TV, and TVPlayer (When subscribed to TVPlayer Plus). It isn’t available on the digital terrestrial supplier Freeview. 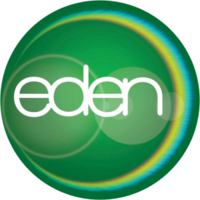