Discovery Home & Health is a television channel. It was launched on 1 July 2000 as part of the Discovery Channel’s bouquet of channels, as Discovery Health, following a similar format to the American channel of the same name.

It was rebranded on 7 May 2005 to its current name, and relaunched as a female oriented lifestyle channel. This coincided with the relaunch of Discovery Home & Leisure as Discovery Real Time, a male oriented channel.

On 30 April 2013, Discovery Home & Health received a new look, following the closure of Discovery Real Time and Discovery Travel & Living, and began broadcasting in widescreen, the last of Discovery’s UK channels to do so. Some programming from the closed channels was transferred over to Home & Health. At the same time the channels also moved into Real Time’s old EPG slots on Sky and did so on Virgin Media on 7 May 2013.

Fixing Dinner, A Dating Story, Come Dine With Me, A Baby Story, Perfect Housewife, A Place in the Sun 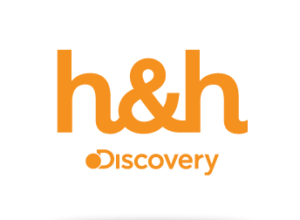