CITV (short for Children’s ITV) is a British free-to-air children’s television channel from ITV Digital Channels Ltd, a division of ITV plc. It broadcasts content from the CITV archive and acquisitions, every day from 6 am to 9 pm which was previously 6 am to 6 pm until 21 February 2016 (although Freeview viewers still close at 6 pm) in an attempt to compete with CBBC. It is also the title of a programming block on the ITV network at weekends.

Children’s ITV launched on 3 January 1983, as a late afternoon programming block on the ITV network.[notes 1] It replaced the earlier Watch It! branding and introduced networked in-vision continuity links between programmes. These links were originally pre-recorded from a small London studio, up until 1987 when Central won the contract to produce live links from their Birmingham studios. In 2004, presentation of CITV was relocated to Granada Television in Manchester, which saw the demise of in-vision continuity. Nine years later, operations moved to ITV Granada’s MediaCityUK studios in Salford.

In 2006, CITV launched as a channel in its own right. The CITV channel averages around 100,000 viewers between 4pm-6pm every day. The CITV strand on the ITV network airs on weekend mornings from 6 am to 9:25 am, as part of the ITV Breakfast time slot. 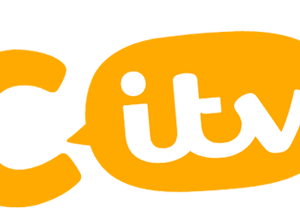